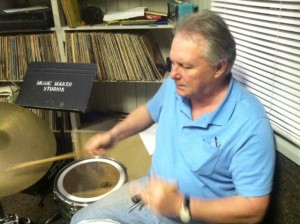 Dan MacDonald was the first drum teacher at Music Maker Studios more than 30 years ago.  He was a much liked teacher and developed a strong following of students.  He left after 15 years to pursue some incredible professional playing opportunities.  Dan has become versed in almost all musical genres.  This stems from being a consummate pro.  He has the abilit to immerse himself in whatever style he is asked of him from rock to jazz and many other other styles.

Dan is a graduate of Berklee College of Music where he studied with the great Alan Dawson, amongst others.  Many of his drumset teaching methods come from his studies with Alan.